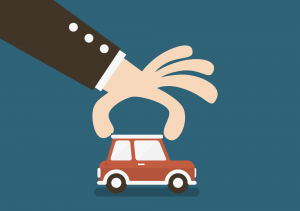 Since I’m in a good mood after coming back from vacation, I’d like to start off with a joke:
“Thanks to the recession, I’m back on my feet again. The bank took my car.”
Let’s hope this remains a joke for the average American.

I say this because I’m greeted with news from Reuters that our 2nd quarter was the largest drop in household net worth ever in one quarter at over $6 trillion.  The next headline I ran across said January through August were the worst first 8 months of any year since 1936, for the average 60% stock/40% bond investor.

This is important when you consider this 60/40 split of stocks and bonds is the most common portfolio retired people own. Thus far they were down 19% from January through August of this year. Both their stocks and bonds dropped sharply in the first eight months of 2022.

For these unhappy investors, the adage is uncomfortably close to the truth: “How can you end up with a quick million bucks from stocks and bonds these days? Invest two million.”

In contrast, our “Tactical Allocation Portfolio” (TAP), which has been carefully designed – over the last several years to the present – to withstand and profit from downturns – was up approximately 2.75% through August. This means we are ahead of traditional 60/40 investors by almost 22%. As past readers know, we believe the real market action has barely begun.

Over the last 2 years, managed futures have made 11.225% a year in our portfolio. That last phrase is underlined because we’ve only owned four of the funds we now have for parts of this year. Campbell Systemic Macro, which is now our largest holding, has made 32.80% year-to-date as I write this on September 9.

The only managed futures fund we’ve owned for two full years is PIMCO Trends Managed Futures. It has made, in our portfolio, 17.78% a year during that time. The overall point is simple:

Managed futures have turned out to be the single best protection from this bout of inflation.

Should high volatility continue to plague world markets, we expect managed futures to perform as designed. This means higher gains as volatility and risk increases. However, if any of the five diversified Managed Futures funds we own lags the others by 6%, it will be sold, following our TAP risk control strategy (now being used for all funds except our modest gold/silver allocation held as “insurance”).

Job opening are everywhere, yet full-time positions have been falling for several months. This is one of many continuing, large irregularities in the U.S. economy. Some are yet to be sorted out, but the largest anomaly appears to be on an unsustainable path. This involves consumer spending– or roughly 70% of our economy. 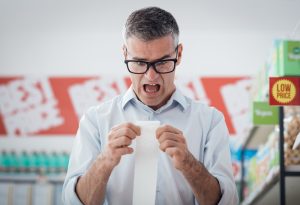 Consumers are still spending at levels sufficient to keep the economy just barely growing, according to the Atlanta Fed’s GDPNow projection. Their latest reading shows the economy expanding 1.4% this quarter as of September 7. That’s the good news. The bad news is they just lowered it from 2.6% on September 1, and each of the last two quarters ended dropping below zero as we approached quarter’s end.

More questions on our ability to grow involves those same consumers. Savings have plummeted since last year and are now lower than before the pandemic. Simultaneously, credit card debt this year has been spiking higher – approaching the highest rate in history. It doesn’t take one of our rocket scientist clients to see why I called consumer spending unsustainable.

I’ve said all year inflation burns everything it touches. This is especially true for older people and those who have to spend all their available income to survive each month. Surveys now say that’s roughly 60% of our population. 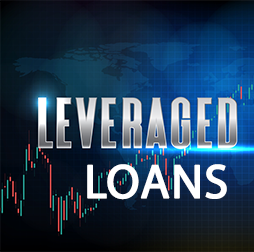 At long last, the credit, i.e. corporate debt, markets are beginning to experience some stress. The Wall Street Journal recently reported defaults on leveraged loans hit $6 billion in August, the highest since October of 2020. While that sounds like a small number compared to the $1.5 trillion dollars in leveraged loans, the number of those $1.5 trillion in loans which may go belly-up is likely far higher than most realize.

Keep in mind I’ve heard leveraged loans described as the most worthless group of loans ever. Also keep in mind they have been bundled into hundreds of billions or trillions of dollars of collateralized loan obligations. These are complex packages of loans remarkably like the leveraged mortgage funds which began that episode.  You can begin to see why financial markets appear to be in jeopardy.

I’m not going to bore our clients with a detailed description of what the Fed is doing and needs to do to combat inflation, but several of the best economists – to whom the Fed Governors listen – have been pointing out the Fed must, at this point, put blinders on and hit a target by which real rates go from a deeply negative state to a positive 2%.

These advisors say a total of over 9% tightening must be done – half with short-term interest rates and half through Quantitative Tightening. This latter approach involves letting $100 billion a month – beginning this month – essentially disappear from the economy. Combined with up to 4.5% in total interest rate increases, that can get us a full 9% tightening. 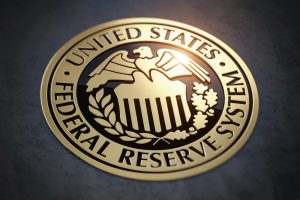 What most don’t yet realize is what 9% tightening means in an over-indebted economy in which the market participants are addicted to 0% interest and loose financial conditions as far as the eye can see. Keep in mind it can take up to 9 months or more for the first tightening to start doing its magic of slowing down the economy.

This means that, over the next 6-18 months, we are going to see an historic tightening of financial conditions, while facing a rather formidable number of economic and market challenges.

Along with the headwinds mentioned above here in the U.S., earnings expectations have fallen (meaning analyst downgrades have outnumbered upgrades) for thirteen weeks in a row. Next year you’ll hear large negative numbers on the corporate earnings calls.

But the real action is overseas

There appears to be escalating economic warfare between Russia & Europe and China versus United States.

First, Russia finally announced they were going shut off gas supplies to Europe indefinitely (right after the European countries agreed to put a price cap on Russian oil). As you would expect, natural gas prices shot up and the energy-dependent Euro decreased in value.

In addition to a severe gas shortage, European banks have undoubtedly lost many billions on Russian loans – debts which some day will have to be addressed.

Then I read today their utility companies are having margin calls on contracts they borrowed to purchase price and currency protection. This means they are on the verge of bankruptcy – pretty much the entire European utility industry. In this case bailouts are already nearly ready in several European countries, so I’m not worried about the companies being able to provide the energy. But worries about the European economy this winter are very real.

Second, right before I went on vacation, I saw China was locking down a city of 21 million people. Since then, their lockdowns have continued and by Friday, September 3 were covering up to 65 million citizens in over two dozen major cities.

This means the world economy is going to continue to suffer as China’s economy suffers. Add on their burgeoning real estate losses, and China becomes a substantial net drag on the rest of the world economy.

Simultaneously, the U.S. and China continue to wage economic battles. 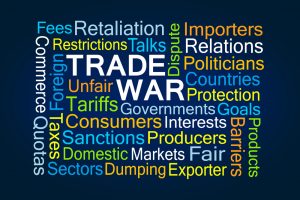 President Biden has extended Trump-era tariffs on hundreds of billions of Chinese goods, while placing additional restrictions on U.S. companies investing in Chinese tech companies. Then throw in the recent announcement of $1.1 billion of arms sales to Taiwan and you get… I don’t know what you get but it doesn’t look very productive from an economic perspective.

Especially when you factor in explosive currency markets around the world*, the most optimistic scenario seems to me that “volatility will continue.”

Let’s just close with another joke that I hope will not come true:

A: Can you afford fries with that?

*If you’re interested in currency movements, how they have been the single most profitable investment we’ve had this year, and how they’re more connected to what I see coming in the world economy than any other single factor – please contact me at richard@secureretire.com.

Or attend next Thursday’s Zoom call at which I’ll answer those questions.