Things are getting interesting… 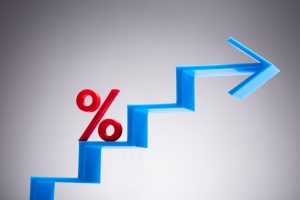 The Fed has now told us they’re going to raise rates to 3%. This is not a high number historically. Yet in the most heavily indebted economy ever, a 3% rate hike will likely drop our already-stressed economy to roughly a negative 2% next year if all other variables hold steady.

Commenting on how these interest rate increases (which operate with a 9-12 month lag) will push us into recession, Canadian economist David Rosenberg recently stated: “Considering the stock market sees the actual GDP contraction between three and six months ahead of the fact, this will make for a very interesting summer and fall this year.”

The rate hikes arrive during spiking food and energy costs, combined with a loss of government stimulus support, at a time when our consumers have seen their real income drop for seven months in a row.

It’s no wonder one of our most reliable recession indicators just flashed red. This is the inverted yield curve, which is when longer Treasury bonds start to pay lower interest than shorter Treasury bonds. As of today (4/3), the interest rate or yield on the 2-Year Treasury is at 2.45%, while the yield on the 10-Year Treasury is 2.41%. An inverted 2/10 yield curve has a nearly unblemished record of predicting upcoming recessions.

At the end of March, the stock market seemed to forget all this, let alone the two elephants in the room called War and Inflation. Most likely this  means stocks were ready for another “bear-market bounce.”

My main concern is that it’s simply not possible for consumers to continue to fall behind each month without “breaking” the whole economic apple cart, which happens to be filled with insolvent corporate debt. 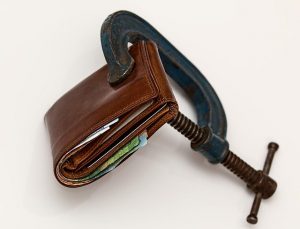 I’m also warily watching the European financial system and economies. They have been closely tied to Russia in both finance and trade – ties which are costly to sever. The “fog of war” makes predicting what will happen there difficult at best, but it would not be surprising if Europe entered recession the day the sanctions were put into place.

What is the Stock Market telling us?

In last month’s report I mentioned how, during bear markets, stocks go down in a stairstep fashion. Stocks went down 10% through January 27 before rising 7% in early February. Then they resumed falling in early February until they were down 13% by March 14. As of today, they have, once again, regained 60% of the losses since the year began. 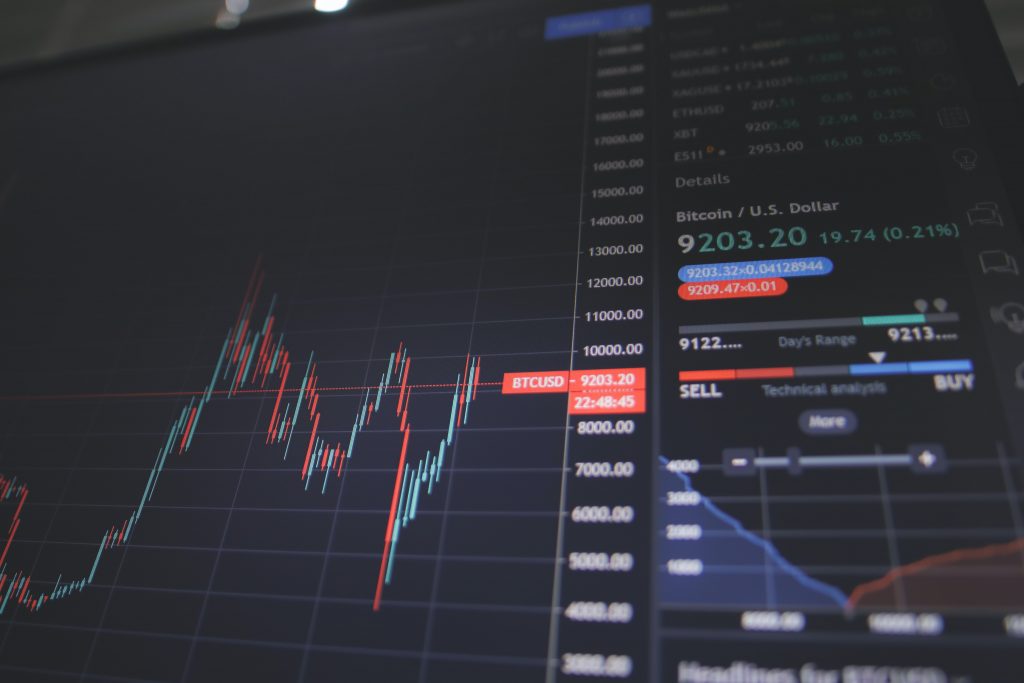 Nobody knows precisely what any market will do, and stocks could break out to the upside – for a while longer – at any time. That being said, thus far in 2022 the stock market is doing what we would expect if this is indeed the beginning of a bear market.

Despite the recent stock market upswing, the damage done to stocks thus far is revealing. Key sectors, and sectors which tend to go down first in a bear market, have seen their stocks fall more than the broad market. Keep in mind the S&P 500 broad stock market index dropped 5% in the first quarter. In contrast:

How about the Bond Market?

Bonds had their worst quarter in 20 years, with high-quality, long-term bonds down 11.3%. (The entire bond market fell 5% in the first quarter.) This tells us that inflation is the greatest risk to the bond market – always has been and always will be.

Simultaneously, short bonds now have higher yields than longer-term bonds. The inverted yield curve is the bond market saying the economy will soon be contracting. This is actually great news for bond investors who can simply hold onto their (high-quality) bonds until the higher rates stop the economy and, with it, inflation.

Astute readers may note this is the same basic picture I’ve been describing for some time. It now appears to be coming to fruition, spurred on by the unavoidable problems associated with inflation.

To end on a positive note, I spent an hour studying all the asset class returns for the first quarter this morning to find anything profitable. While markets were a sea of red, four asset classes profited from inflation and falling stocks. These were commodities, managed futures, gold, and utilities, i.e. the investments that outperform when inflation hits the economy and risk hits the markets.