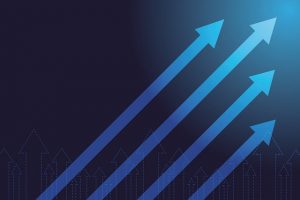 The core tactical allocation portfolio made 2.97% in the second quarter after rising 1.33% in the first quarter of the year. Over the last 12 months the portfolio is up 6.48%. 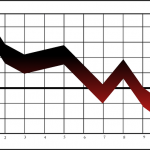 In contrast,
a standard retirement portfolio split 60% into diversified stocks and 40% into bonds has lost 15% in the last year (for example, Fidelity’s Freedom 2030 mutual fund symbol FFFEX).

Two points stand out regarding our performance this year:

1.      Returns in individual accounts have varied more than ever before. This is due to the volatile nature of markets such that even small deviations in allocations have led to larger than normal impacts on the entire portfolio.

As a result, while the return on the tactical allocation portfolio was a gain of 4.3% in the first half of the year, the range has been from 2% to 6% – even for clients who all have the same basic tolerance for risk and need for return. If we had “shaded” your account a little more towards one asset class than another over time, even small amounts off the standard have shifted the returns up or down a good 2%.

(We also have a small group of clients who have requested we purchase specific stocks and, in a few cases, a small amount in options in their accounts. These clients have mostly made between a negative 5% and a positive 25% thus far in 2022.)

Please note we have been moving all the accounts towards our ideal allocations over the last several weeks and months. This was sparked by the fact clients who owned our core portfolio were making more than almost all the tailored accounts. The only exceptions are clients for whom we have consciously decided to hold a certain number of stock positions for the long haul.

From my perspective, this isn’t nearly good enough. Here’s why:

I always knew the beginning of the downturn for the markets would be a time of transition. In fact, we fully expected to first go down a small amount as market momentum flipped from positive to negative. This corresponds to the 1.6% drawdown we had in January.

As stocks and other risk assets began to drop in January – along with the safest bonds – we began to change the portfolio to start profiting from the assets which were benefitting as stocks and bonds were falling. This was also according to plan.

The wild card thrown into these plans involved inflation. In fact, when inflation hits I take our previous plans, set them aside, and implement the portfolio most likely to fully protect against this rare but deadly risk. Nothing else matters.

Inflation is difficult because it knocked out what was to have been one of the two pillars of our defensive growth portfolio – Treasury bonds. As it turned out, inflation knocked down pretty much every single asset class in the entire world this year – except the other main asset class designed to profit when markets fall, i.e. managed futures.

(The only other exceptions were commodities –  which have now lost most or all of their gains for the year.)

As a result, the time it took to first reorient to inflation protection in February and then continue to build up the managed futures allocation meant we only made approximately 25% as much as stocks fell in the first half of the year. Keep in mind my minimum goal is to capture at least 65% of the stock market’s losses from beginning to end – hence the statement above that we haven’t outperformed nearly enough – yet.

Also keep in mind the plan all along has been to increase that percentage of stock losses we capture as gains as the losses for stocks mount. By the end of this bear market the goal is to actually go up more than stocks are going down. This builds over time as the managed futures funds keep adding to the positions profiting when stocks are falling.

As mentioned previously, always keep in mind the managed futures funds aren’t actually correlated to stocks so don’t typically move based on the movement of the stock market. However, whenever stocks go down a large amount we usually find volatility in markets all around the country and world. Managed futures funds capitalize on volatility –in the stock, bond, interest rate, currency and commodity markets – both in U.S. and international markets. 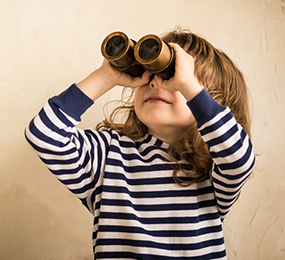 If our broad views on the economy are anywhere close to accurate, you should expect to see two more rounds of losses for the markets over the next 6-12 months – each more severe than the “warm-up” losses markets have experienced thus far.

If stocks were to fall another 30% in the next half of the year, and then another 35% early next year, and assuming managed futures performed similar relative to stocks as they have thus far, and we have 70% allocated to them… You can do the rough math yourself; suffice it to say the results should be good.

Of course, this is the opposite of a guarantee! Yes, I expect the opportunity to be there for us, but the timing and many details are unpredictable. The only thing I can clearly see ahead is more and more volatility.

This is precisely what happened in the first half of 2022, and we certainly appear to be in the early stages of the economic downturn behind the volatility.