Regular people, and especially lower-income retirees, suffer the most from inflation. Sometimes I suspect politicians and economists may be slow to recognize the damage inflation inflicts because they don’t directly experience the suffering it causes. But that suffering is real, and it’s also incompatible with strong consumer spending. This is the core of my economic thesis in this report. 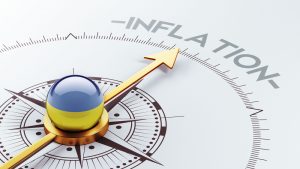 Are we at a danger point in terms of inflation? There are at least 30 different measures – most made by Fed economists. Every one of them has serious flaws. Some present a reasonably good view of total short-term price increases, while others more accurately measure slower-moving forces. They all understate the real estate part of the calculation. Still, they can be quite useful when viewed in aggregate.

Here’s a summary of what the various measures are telling us.

The CPI or prices of all goods and services rose 7.5% year-over-year. This is the broadest number of the 30 measures. 7.5% is the highest of all the 30 measures, as CPI includes food and energy, which are of course highly volatile.

The Fed’s favorite measures are related to the Bureau of Economic Analysis Core Personal Consumption Expenditures Chain-type Price Index. It came in at 6.02% in January. Keep in mind this is a slower-moving number– which just doubled in a few months. 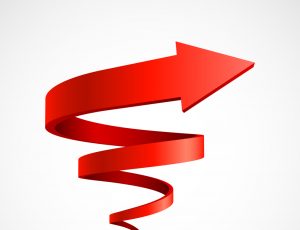 A common domestic cause of inflation is what is called a wage/price spiral.  This is when wages and goods both begin to rise sharply and feed off each other. Wages ended the year up a stunning 10% year-over-year. This is the largest increase on record.

Goods inflation is the other half of the spiral. This side of the equation remains a huge, murky mess. Supply chain disruptions remain – though nobody seems to have a clear picture of how bad they are. We do hear the new war has exacerbated a number of large supply chain issues – potentially including semiconductors once again.

Then we have price gouging. One recent study showed over half of all major US corporations have raised prices much further than their input costs have risen – thereby adding to their profit margins and hurting consumers further. In fact, several CEOs of major corporations have, when questioned as to why they raised prices, responded: “Because we could.” Everybody got money from the government in 2020 & 2021, and in 2021 wages went up 10%. People have begun to expect higher prices, and businesses have been more than happy to oblige.

A related factor involves Congress and our Justice Department’s near complete abandonment of making corporations follow anti-trust law for the last 40 years. This has led to an economy ripe for big price increases on goods­.

All of the unusual economic circumstances have led us to “incubating” a wage/price spiral – especially over the last six months. Initially most (including me) hoped the supply chains would get fixed before it took off, or that consumer spending would turn down sufficiently to end inflation through the resultant recession. These hopes are now looking more and more unlikely.

Instead, we now have what could be the worst of all additions to our nascent inflation spiral – a war between the world’s second largest 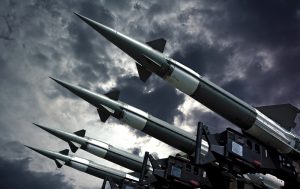 energy producer and its second largest wheat producer. In addition to wheat, Ukraine happens to also have other minerals and natural resources vital to our world economy. (It also makes a number of small parts required for current global supply chains.)

My concern is that adding in large price increases in two of the largest inputs to inflation, i.e. food and energy, will combine with the already spiraling wage and goods inflation to create out-of-control inflation.

You’ve got to hand it to U.S. consumers. They can stare fear in the face and spend money they don’t have. This is precisely what they did in January, when we had surprisingly strong consumer spending in which the increases were entirely due to a decrease of the savings rate. Total income went down .5%, meaning they spent down their saving or bought on credit. 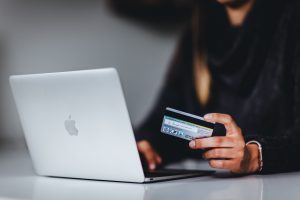 I suspect the poorer amongst us have to keep spending because they’re just buying food and gas and other necessities. This means the stronger than expected spending we saw – in October and January – was due to purchases from those on the higher end of the income scale. Just looking at that group, it should be noted that, according to the University of Michigan’s Survey of Consumers chief economist Richard Curtin: “Consumer sentiment remained at its lowest level in the past decade in February, and the loss was entirely due to a 12.9% decline among households with incomes of $100,000 or more.” This looks like a problem brewing.

We begin with 7.5% overall price increases, combined with 10% wage growth. On the surface that sounds like workers got a 2.5% raise overall until you realize it’s just the timing of the calculations. For example, see the chart below which shows workers have now gotten cuts in total income each of the last four months. Both goods and wage inflation are increasing their speed, with workers falling marginally behind despite the historic wage gains.

Why are they still falling behind? Still-damaged supply chains remain a major cause of goods inflation. My concern is that the supply chain problems will get fixed but morph into rampant price-gouging – something which is definitely already occurring throughout the economy.

When consumers turn negative and refuse to spend more than they’re making, it will probably trigger a recession. Personally, I suspect consumers spending beyond their paychecks ended in February, as war tends to dampen enthusiasm. These views were amplified in the University of Michigan’s most recent “Survey of Consumers.” To quote their chief economist Richard Curtin again:

“Although Consumer Sentiment posted a slight increase in the last half of February, it still remained at its lowest level in the past decade. The February descent resulted from inflationary declines in personal finances, a near universal awareness of rising interest rates, falling confidence in the government's economic policies, and the most negative long-term prospects for the economy in the past decade (see the chart). Virtually all interviews were conducted prior to the Russian invasion so its impact is yet to be felt by consumers. The most likely linkage to the domestic economy is through rising energy prices, with the size and length of the potential increases subject to substantial uncertainty…”

“The Fed’s clinging to the transient (inflation) hypothesis meant missed opportunities to nip inflation at its earliest stages; aggressive actions are now needed to avoid the potential establishment of an inflationary psychology that acts to form a self-fulfilling prophecy.”

Note I don’t expect business spending to pull the consumer up – in our economy it usually goes the other direction and businesses face a variety of headwinds giving them pause before expanding. Then we have government spending which doesn’t seem to be heading to the rescue this time around. Hence the focus on consumers, their lack of real income gains, and their willingness – or not – to continue spending beyond their means.

Here are the facts. We currently have:

Inflation is like a wildfire that burns everywhere it touches. The stock market bubble will be a thing of the past. Yes, companies can and do inflate their earnings over time during inflationary periods – after their prices have fallen near or below fair value.

Keep in mind we’ll likely be looking at a relatively short, ugly bout of what is called “stagflation.” This is when prices keep on soaring even as the economy itself is contracting.

During stagflation these assets profit:

Please note real estate is a mixed bag. The general principle is that any industry (or individual company) with too much debt is in existential trouble if inflation, for example, doubles to 15%. Industries that rely on debt, such as real estate, experience upheavals as the overly-indebted end up in foreclosure.

However, we don’t see a huge debt bubble in real estate – especially in residential real estate. Half of commercial real estate does look in jeopardy – but the other half continues to look solid.

In fact, some real estate offers benefits when inflation hits. It’s definitely not a certainty, but some can, for example, raise rents in lockstep with inflation. Thus, if inflation problems do lead to real estate problems, we would again plan to begin investing retirement money into high-quality, well-managed, distressed commercial real estate.