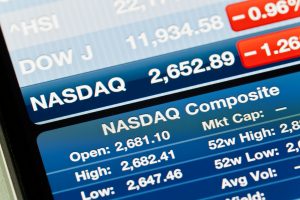 By the end of this cycle, I believe we will see tech-stock NASDAQ suffer the largest losses of any index. Looking at the beginning of the year, NASDAQ hit a high of 15,832. By January 27 it had fallen to 13,352. This is a drop of 15.7% in just under one month.

Is this random volatility, or does it indicate the onset of a bear market? To me it looks suspiciously like the latter, since bounces like this are characteristic of a market transitioning from positive to negative momentum. It’s called a reflexive rebound. Through any complete bear market for stocks, the indexes traditionally lose value, then recoup some of the first round of losses. The average reflexive rebound leads to recouping 50%-75% of those first losses. Meaning, in the onset of a bear market, we would indeed expect NASDAQ to rise 7-10% after it fell 15%.

If this does turn out to be a bear market, after a short recovery NASDAQ will fall sharply again and then once again recover a significant portion of that round of losses. Thus, in stairstep fashion, unwitting investors will continue to suffer losses. Each step upward breeds hope that the profits may still be recouped until, around the bottom, many feel it’s time to sell out or end up with nothing.

Are We There Yet?

In other words, was January’s 15% decline the real beginning of the repricing of asset prices I have been predicting for so long? It remains too early to know for sure. Every downturn followed by another reflexive rebound, however, will give us exponentially more clarity when deciding whether to rebalance our portfolio allocations. 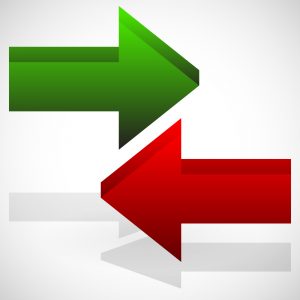 Three out of the four stock market momentum systems I monitor are either neutral or still positive on the stock market. Specifically, the systems used by PIMCO Trends and Alphacentric Premium Opportunity (our two managed futures funds) are essentially neutral regarding the US stock market in January but have enough positive correlations to stocks to still profit from the reflexive rebound. Lyons Wealth Management, on the other hand, remained similarly on the edge of turning solid red against stocks. As of yesterday, however, they remain with positive stock momentum still in place.

Finally, we have the fourth stock momentum system I follow which is the Canadian Economist David Rosenberg’s proprietary system. It turned red mid-January.

These are the best four systems I’ve found of determining best entry and exit points for buying or selling stocks. Two are now neutral, one remains positive, and one is negative. In other words, it is a time for being even more cautious than usual.

The Bloomberg U.S. Corporate High Yield Bond Index lost 2.7% in January. This is its worst performance since March of 2020 and 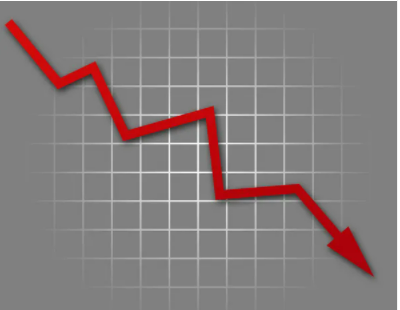 gives more credence to the idea January may indeed have been the beginning of the downturn phase of the economy and markets.

Junk bonds will very likely earn their name by the end of this credit cycle. For investment grade and higher quality bonds, inflation can also cause severe damage. However, expertly managed investment grade bonds can withstand short bouts of inflation with minimal losses (expect losses in the one to three percent range for such bond funds in a bad quarter, though always keep in mind bond funds keep putting out interest to offset any losses). Long duration bondholders may suffer heavy losses, however.

At this time our recommended bonds have an average duration of only 3 years (exemplified by our only bond fund in the Tactical Allocation Portfolio today). In our income portfolios which are always focused on several core bond funds, our largest holding (PIMCO Income) has a duration of only 1.75 years. (It should be noted that, in our Income and Diversified Growth Porfolios, many of the securities are focused on dividends and stability. They once again performed as designed during the January market drop.)

The rest of this report should answer the question as to whether or not longer-term inflation is a risk for bond investors. Thus far the bond market itself has still been saying a loud “no,” with the 5-year inflation “break even” rate at a modestly elevated 2.8%. This means that while the bond markets are pricing in high short-term inflation, they still expect it to fall back down within five years. Personally, I believe this is not only inevitable but will occur shortly after the first or second Fed interest rate increase (scheduled to begin next month).

Given the rather large discrepancies between what I hear about the economy and inflation in the media and what I read the best economists saying, I thought to go straight to the source this month by looking at the economic headwinds Dr. Lacy Hunt highlighted in his recent year-end report. I say ‘the source’ because Dr. Hunt is considered the leading authority on the economy (at least interest rates and yields) by every superior economist I’ve ever listened to.

The “real yield” is the rate of return in excess of expected future inflation that clears the market of supply and demand for a particular investment opportunity (media.pimco-global.com). When it’s negative, it means investments aren’t making enough to compensate for inflation and still show a profit. Our Treasury yields hit their largest negative state since the early 1980s last year. Perhaps Dr. Hunt’s key point on this was:

“A negative real yield points to the fact that investors or entrepreneurs cannot earn a real return sufficient to cover risks. Accordingly, the funds for physical investment will fall and productivity gains will erode which undermines growth.”

That was, as per Lacy’s usual manner, a bit of an understatement when you consider productivity just fell to its lowest level since 1960. 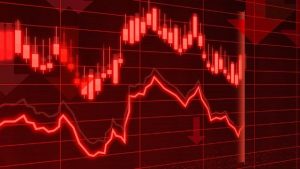 The same concept simultaneously hampers consumers when inflation exceeds their wage growth. This is precisely what is now happening in the United States. In fact, I read one economist recently who claimed inflation in which wage growth falls behind inflation isn’t real inflation because that very fact leads to the crushing of consumer demand and a recession which…. ends inflation.

Dr. Hunt then goes on to list several other headwinds to growth this year:

Lacy Hunt tends to present a very broad outlook on the economy, stating only what he can prove as fact. He rarely discusses details related to the Federal Reserve Board – perhaps due to the fact his voice is so influential his views could, to some degree at least, derail the Fed’s work and harm the economy.
Here are my own views. In the current economy, it may be impossible to raise interest rates more than one-half of one percent before the markets begin to fall. The positive aspect is that inflation will be crushed in the process, though we’ll likely be thrown into deflation, which is more difficult to control.
The Fed now plans to raise interest rates throughout the year, for a total of 1-1.25% in increases. I predict the Fed Funds rate will hit 0% again long before it hits 1%. However, this is one of the few times in 25 years in which I agree – in this case wholeheartedly – with the Fed’s plans. Raising rates will lead to recession. But not raising them could lead to a rate of inflation that would have disastrous consequences for the US economy.
As a result, the Fed looks as if they’re finally going to be forced to raise rates, to which I say:
“An unequivocal yes.”